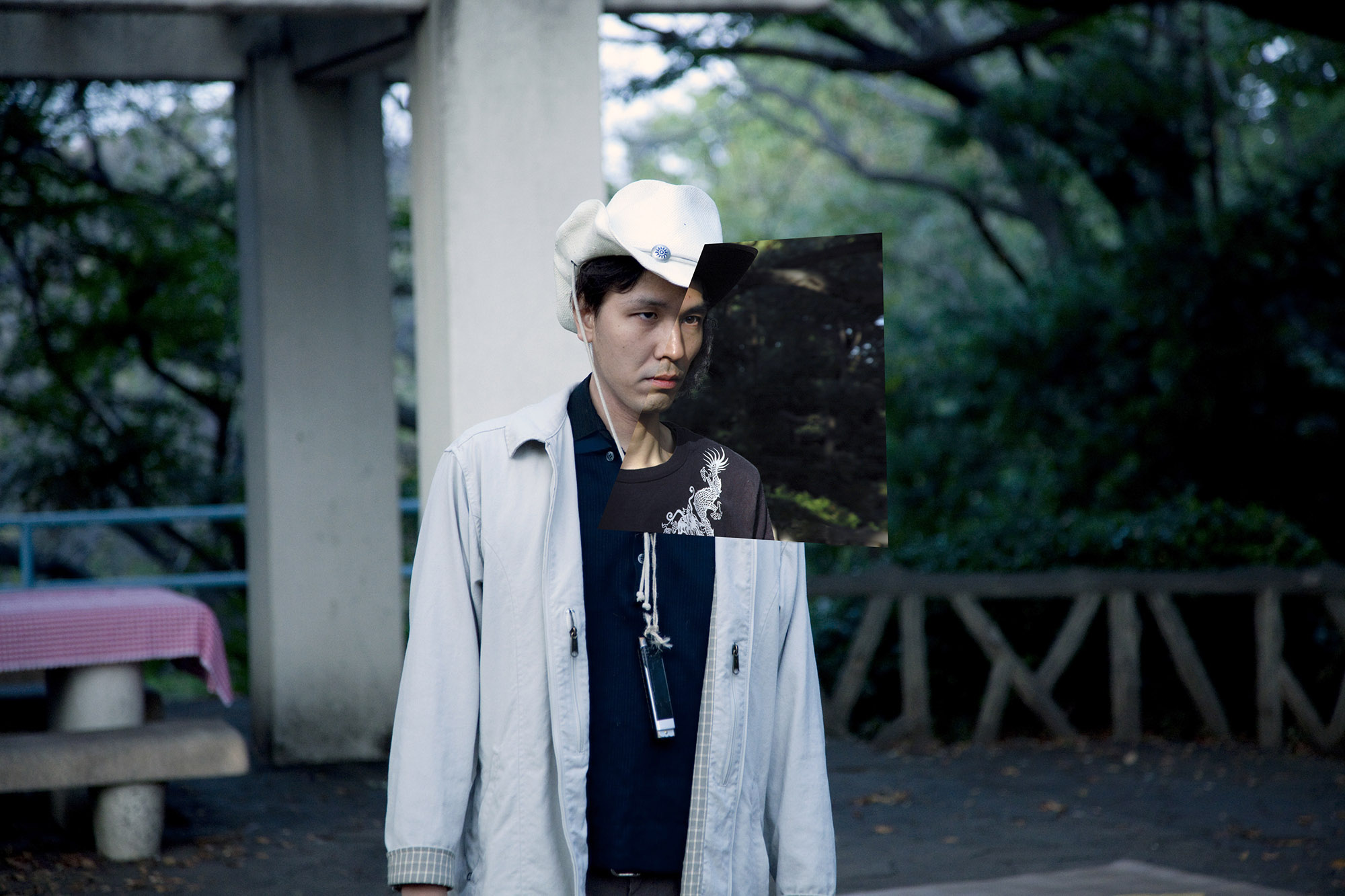 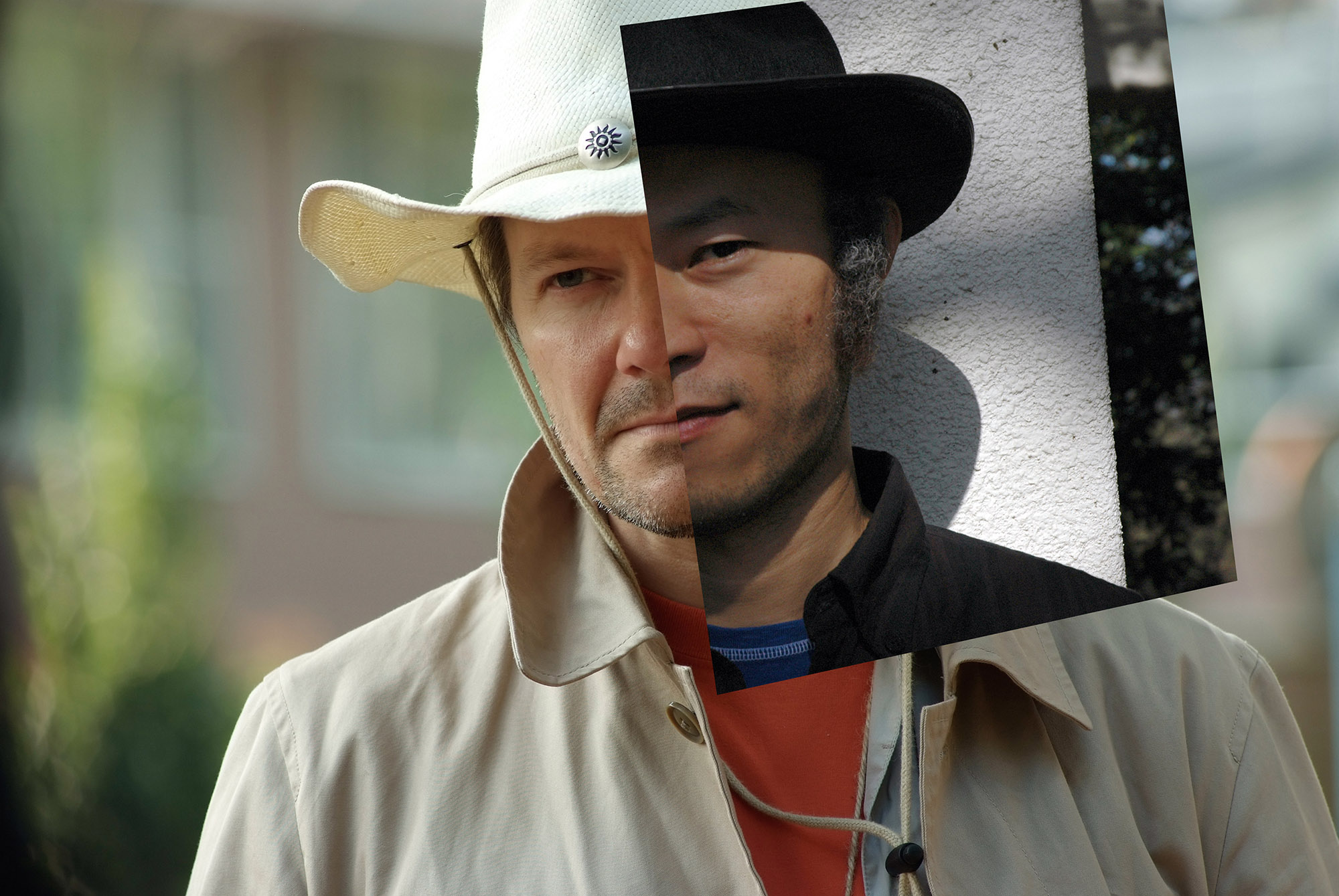 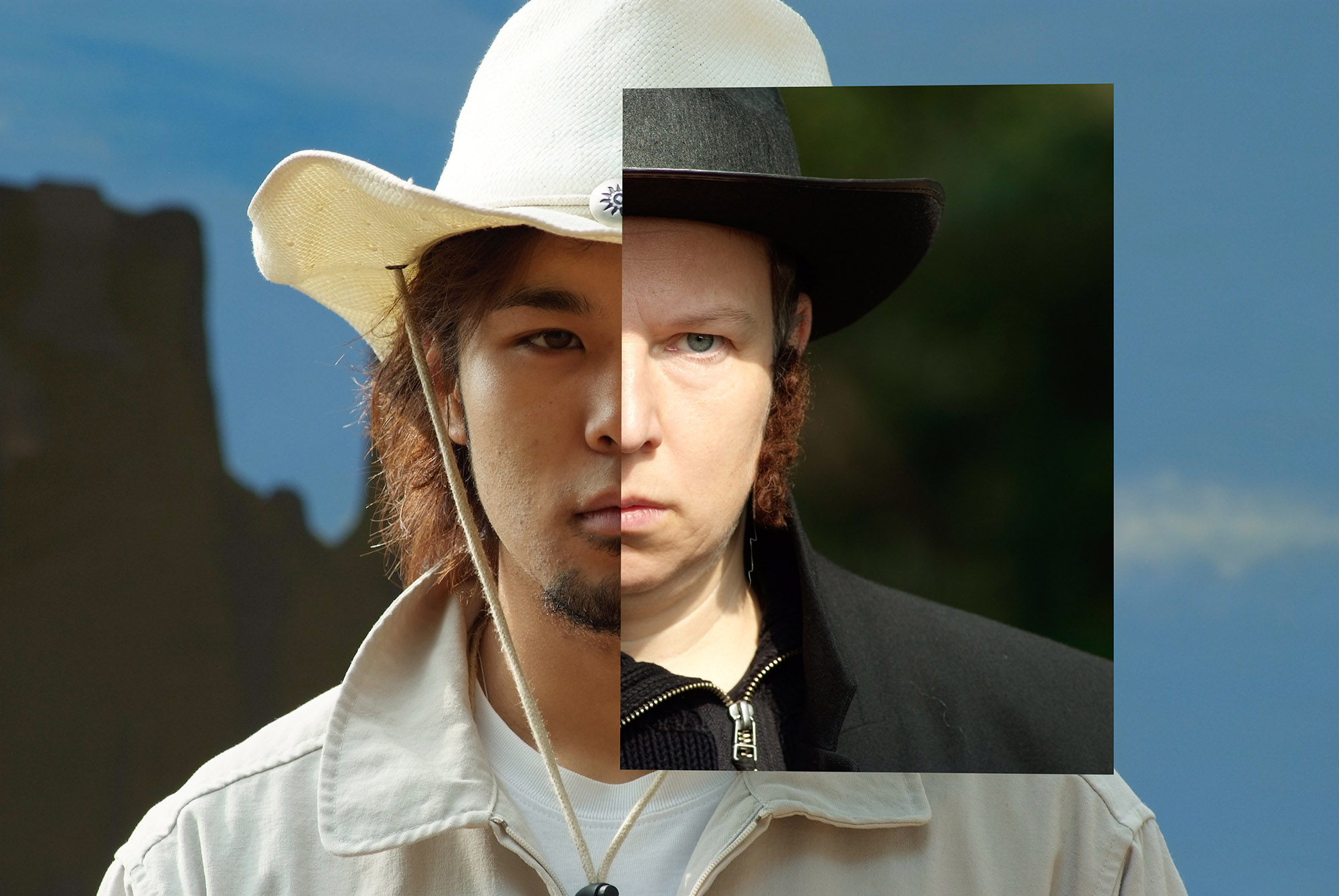 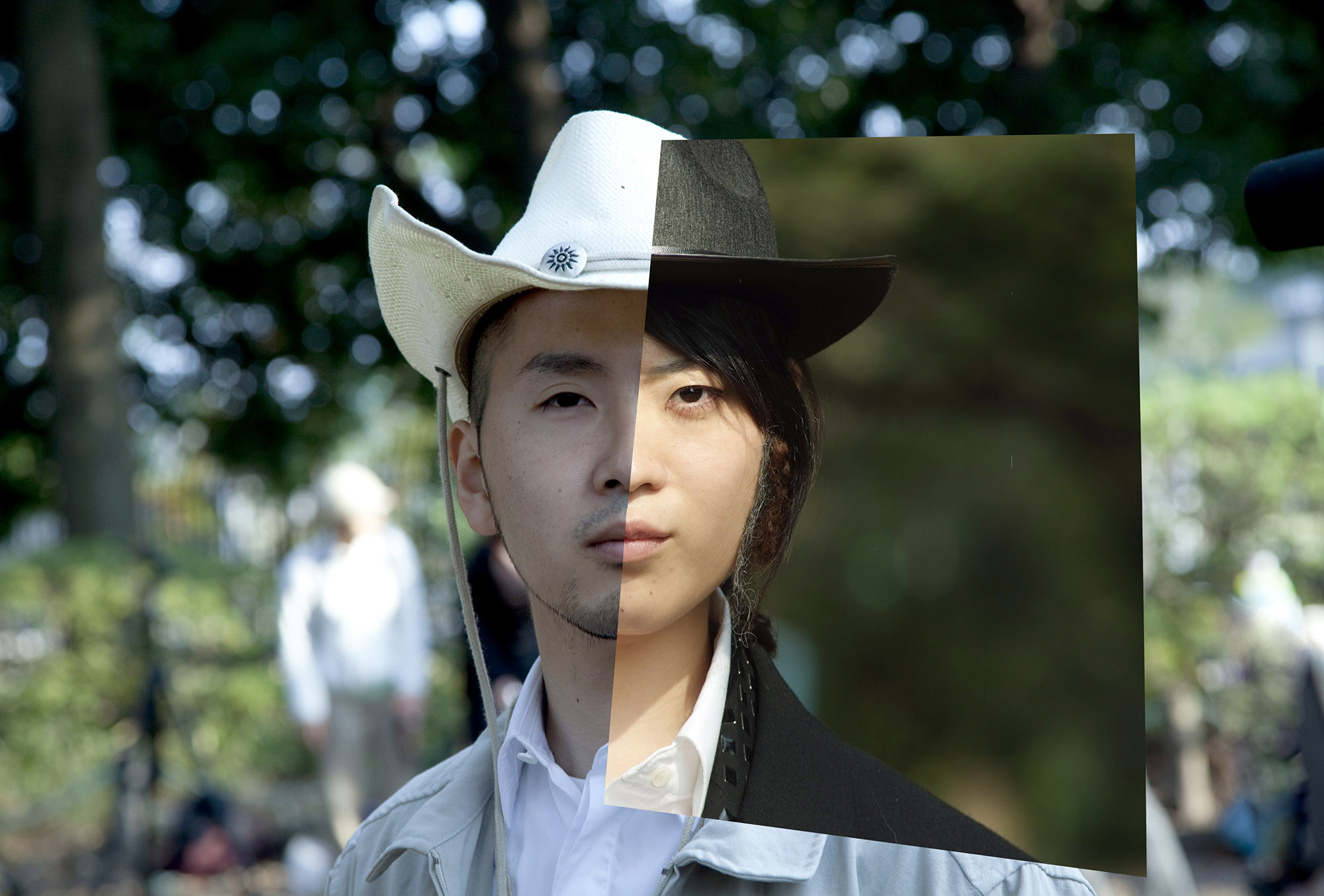 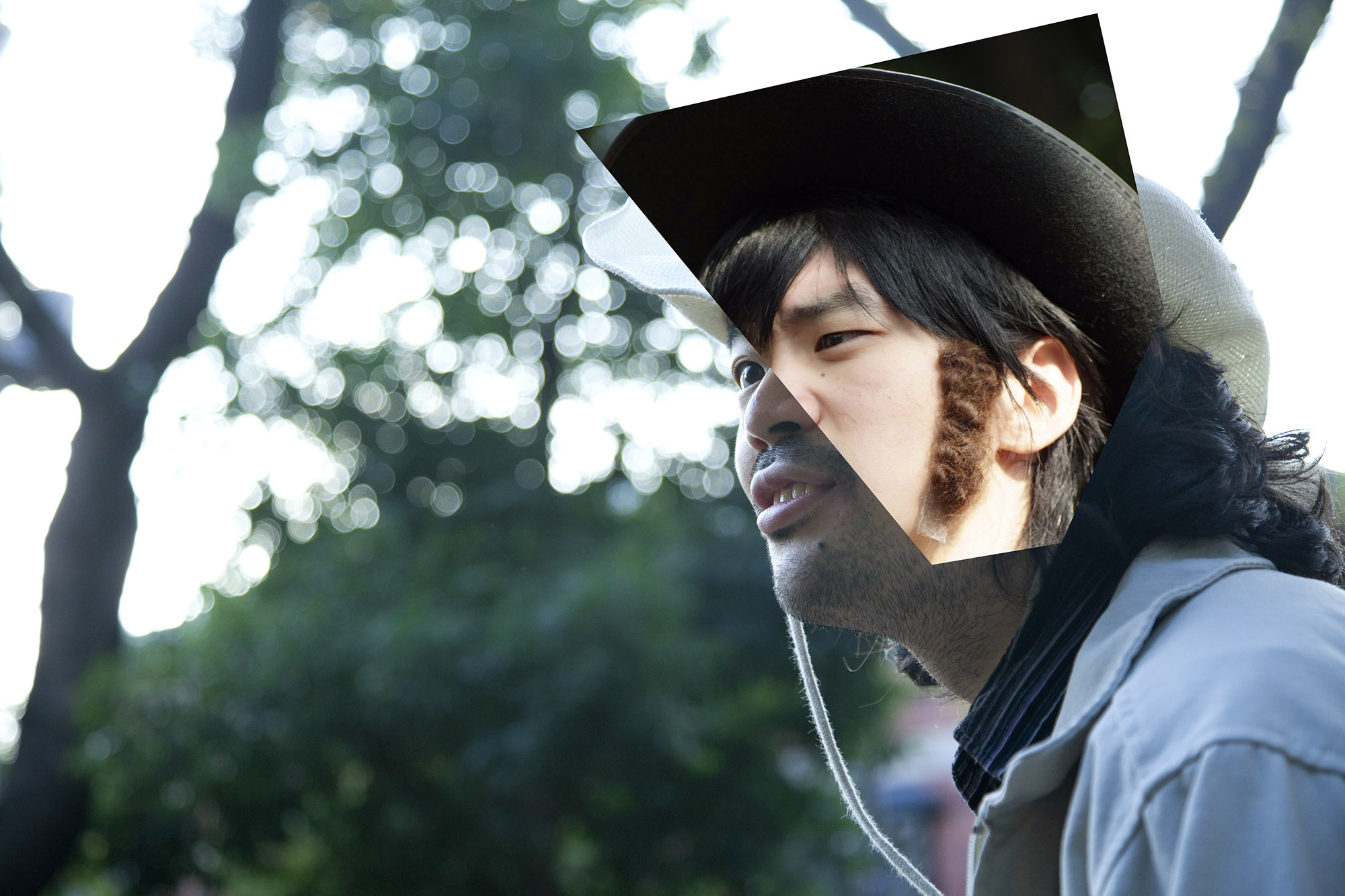 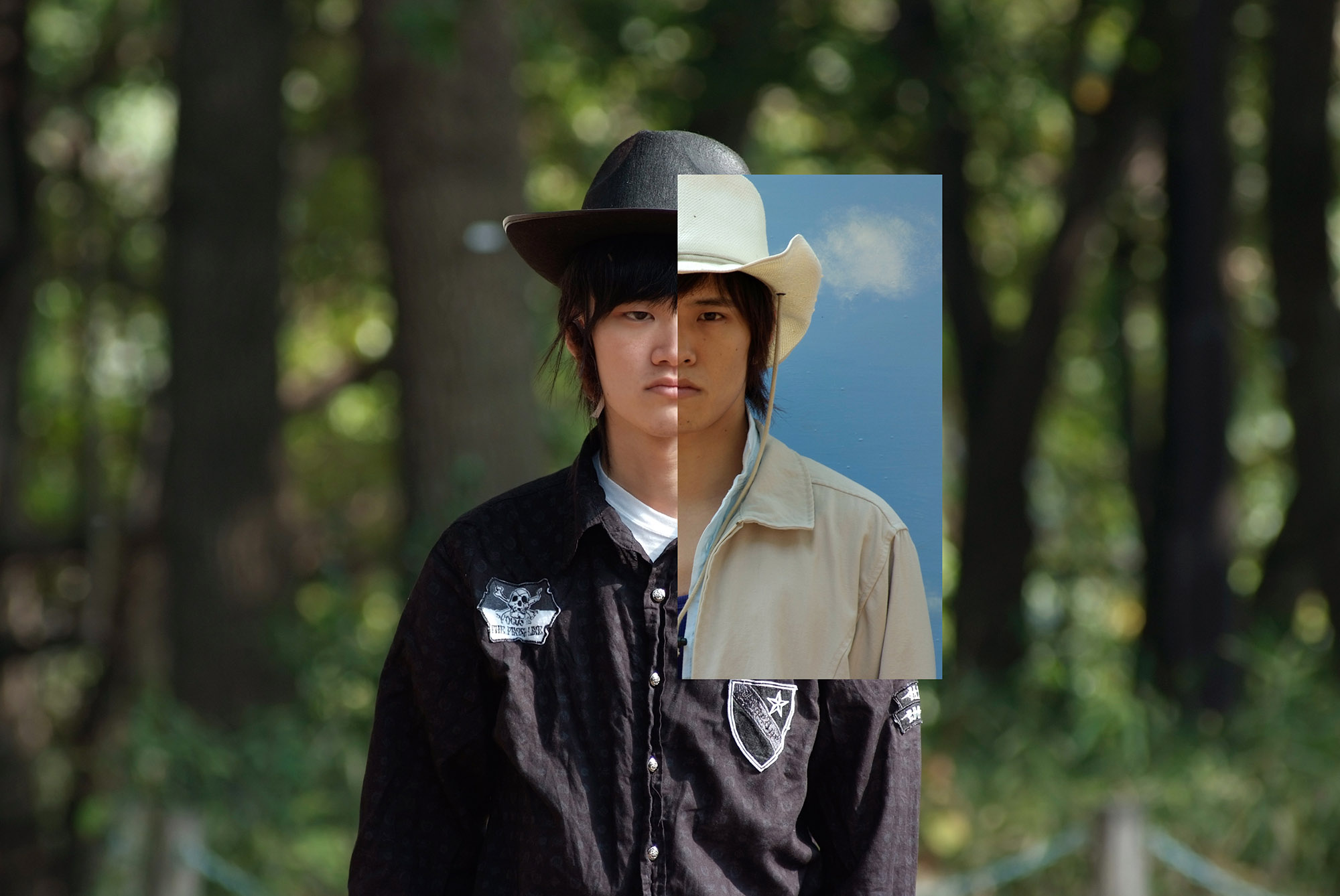 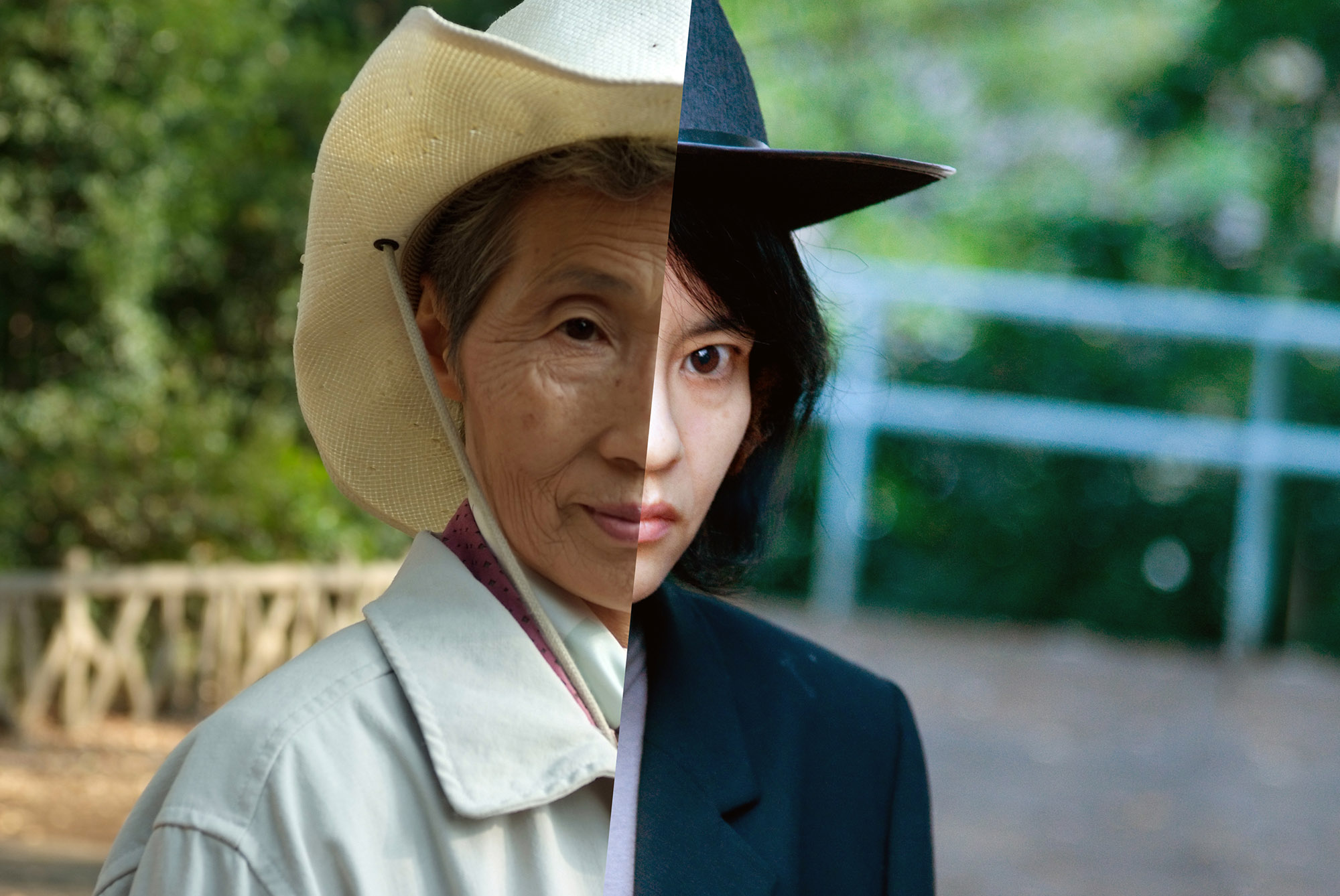 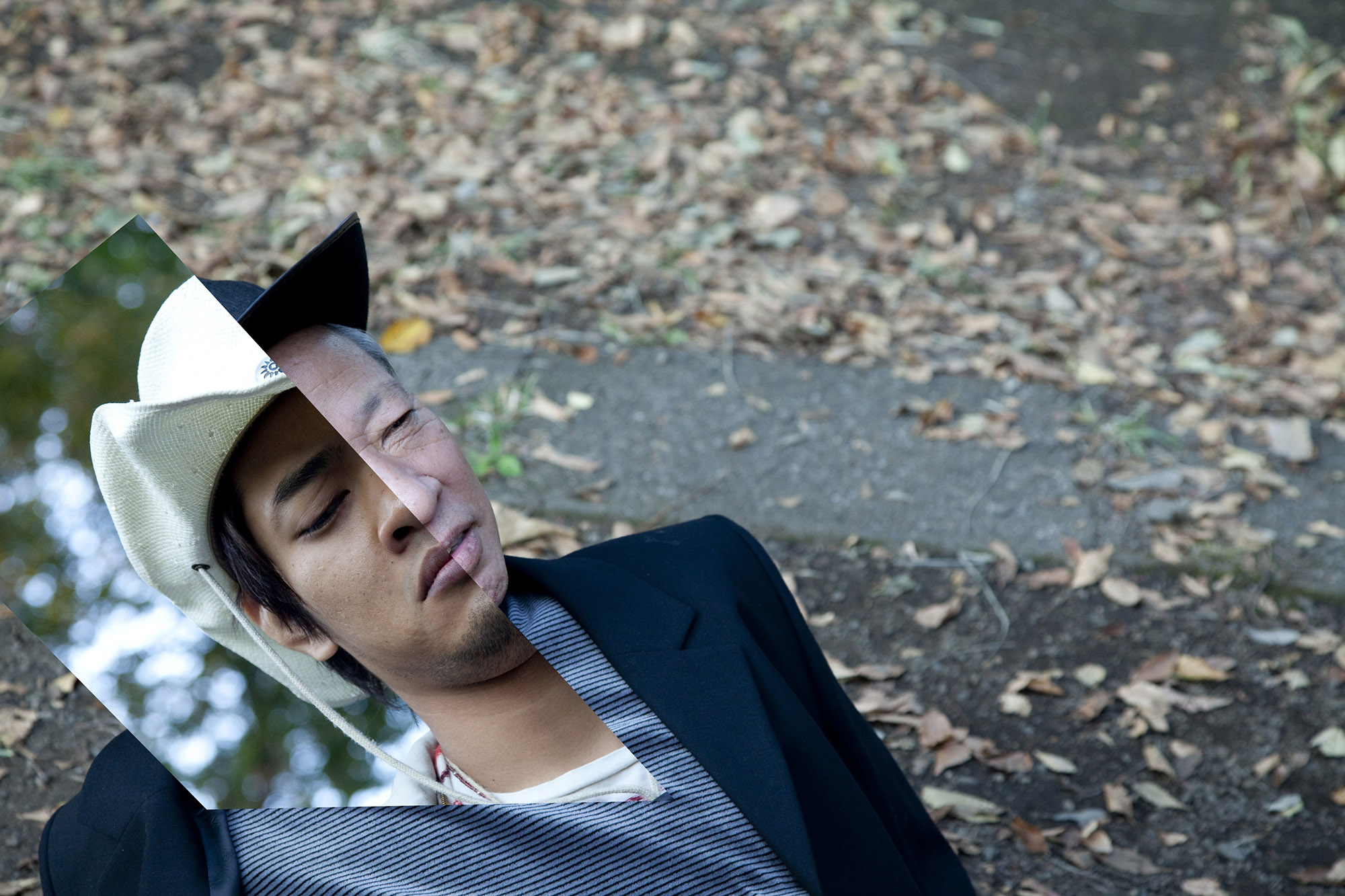 Directors’ Cut is a series of collage portraits of 18 actors imitating the role of either Charles Bronson or Henry Fonda in the last scene of Sergio Leone’s “Spaghetti Western” ‘Once Upon A Time in the West’ (1968). The story charts the build up to a dual between the two main protagonists. Off screen the dual between the film’s director, Sergio Leone and Japanese film maker Akira Kurosawa over copying and the origination of the Samurai or Western form was also an influence to these assembled portraits.