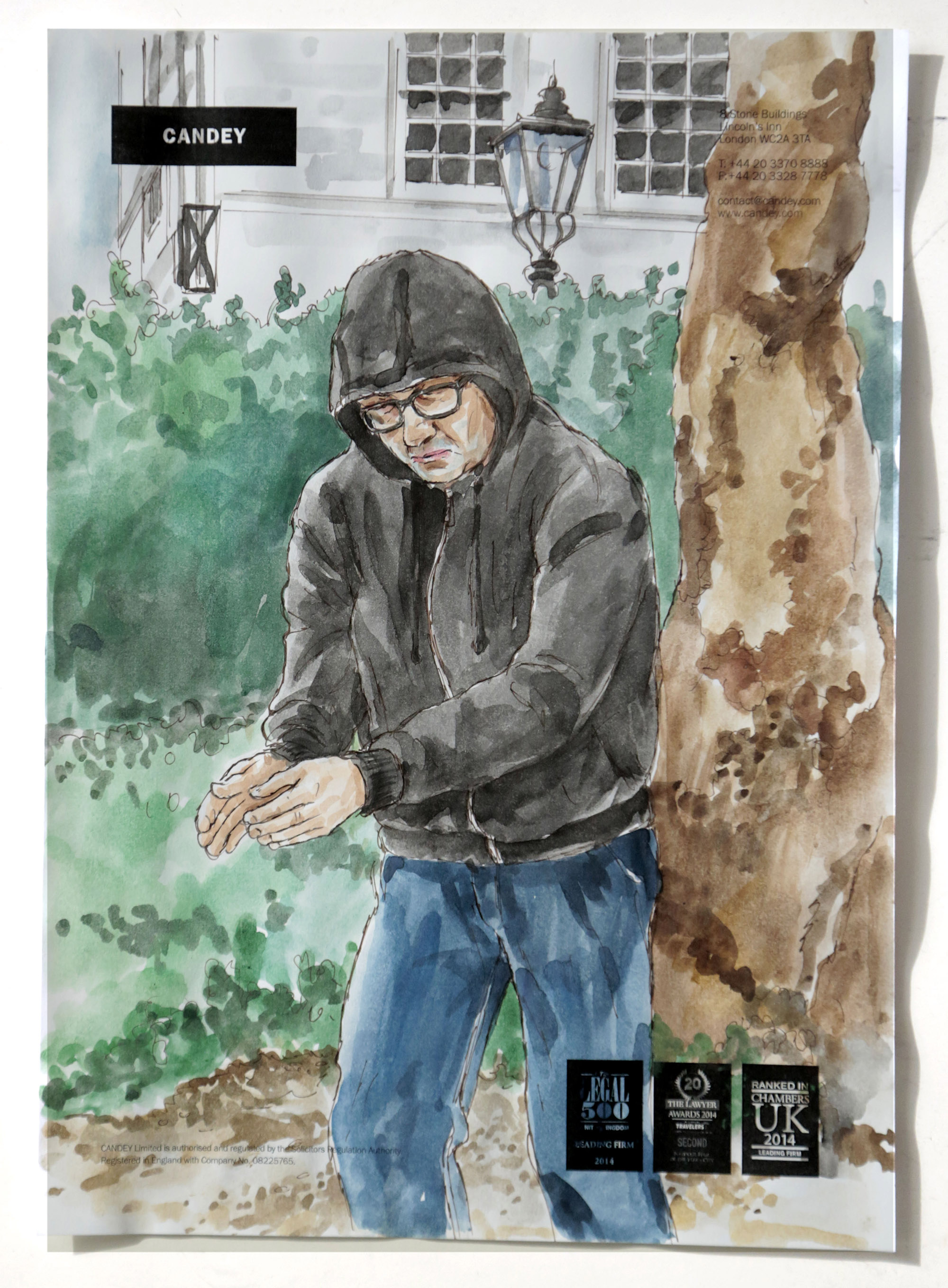 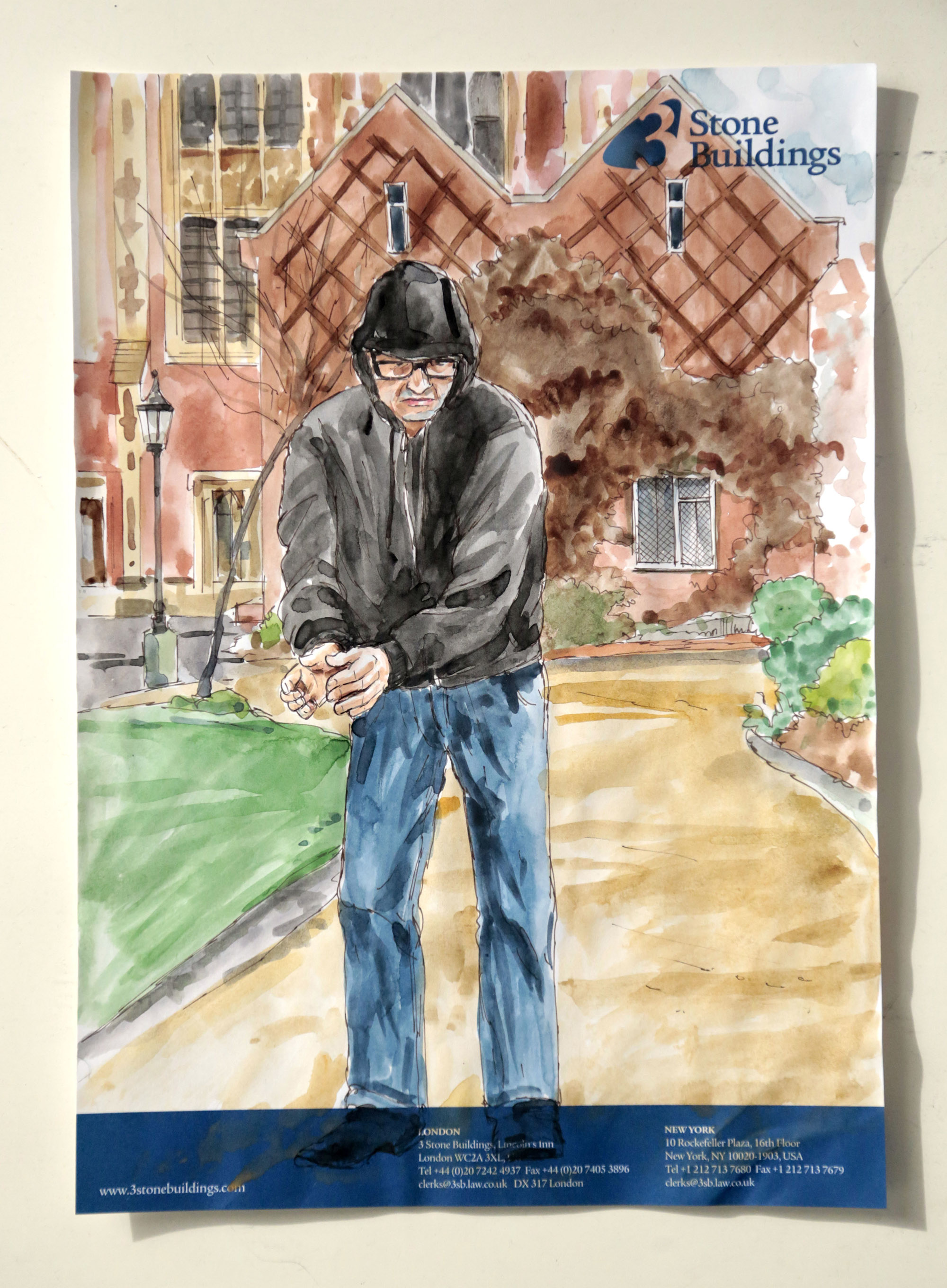 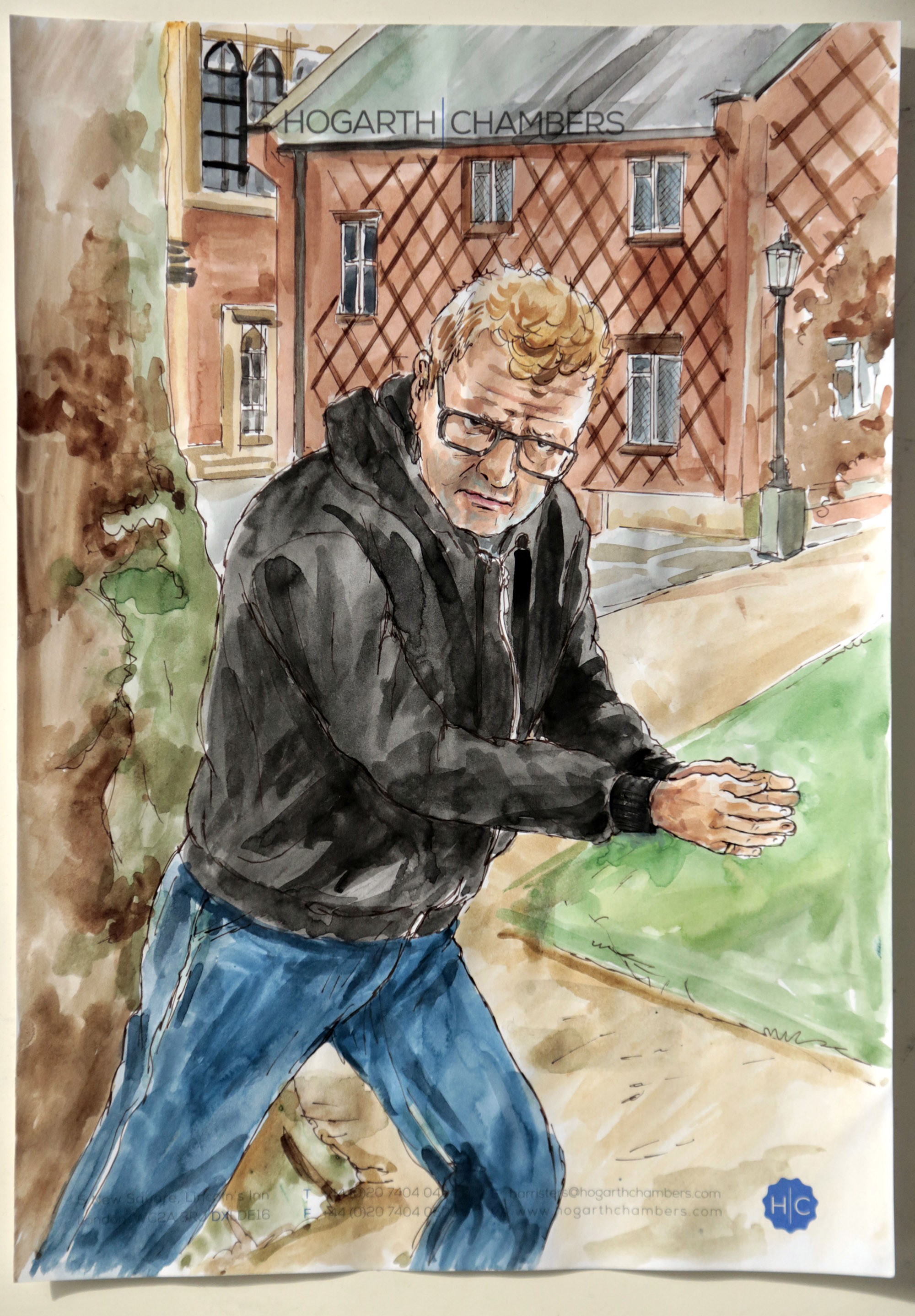 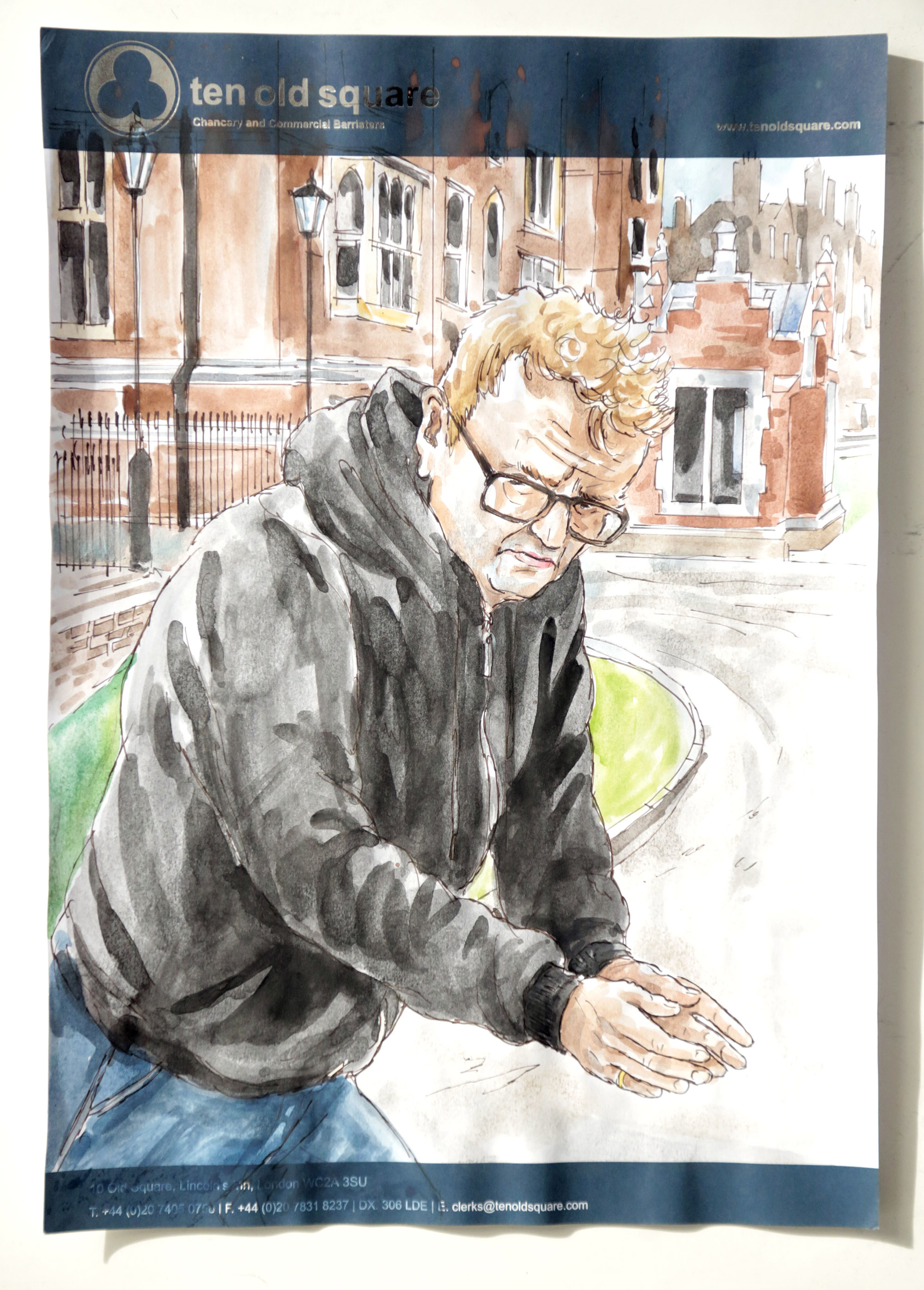 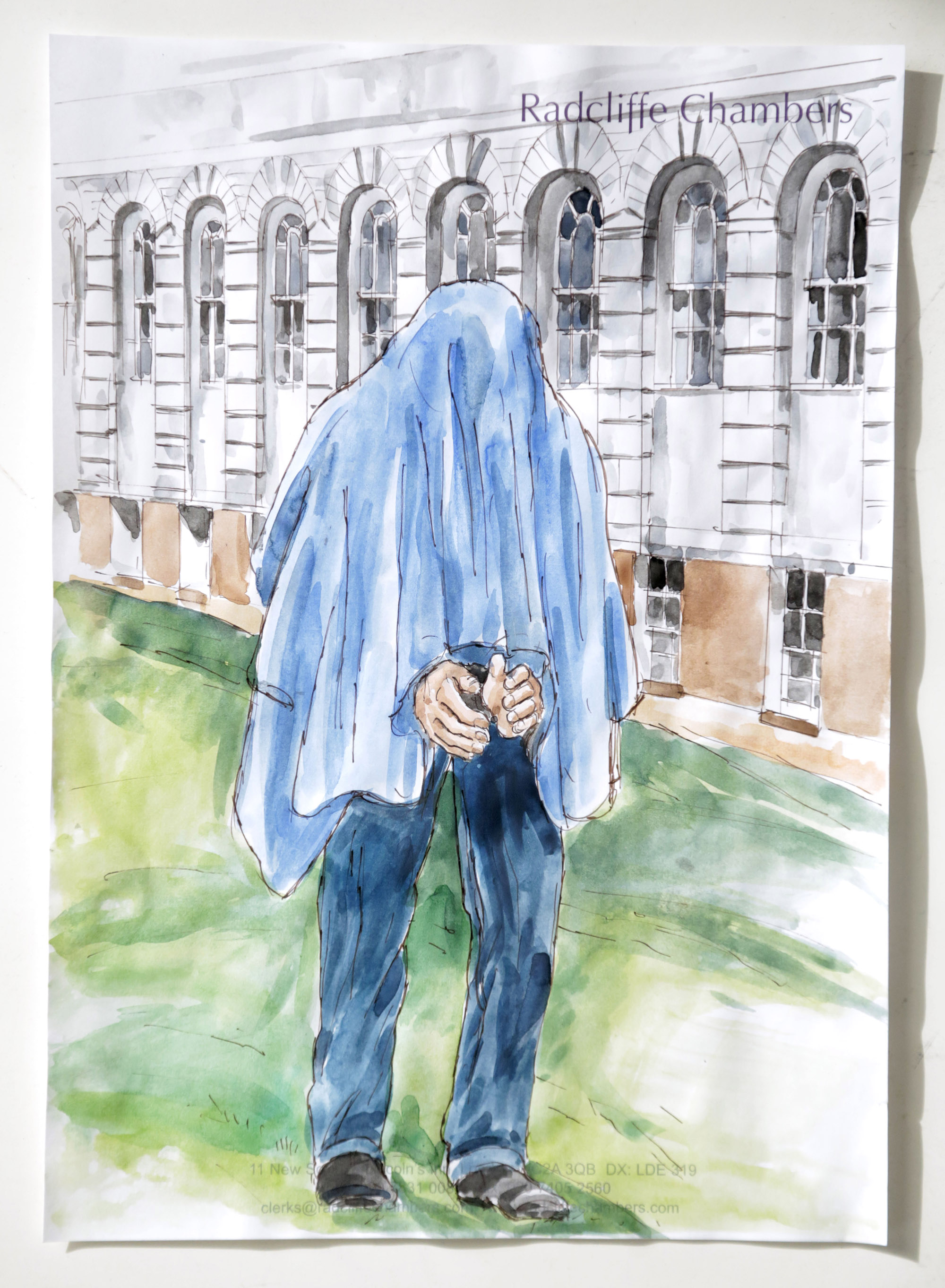 Coutts invited former court artist Sian Frances to participate in the project. With cameras banned from English courts, court artists take their place. Forbidden to take notes, or even make preparatory sketches, they must instead commit an entire detailed scene to memory to draw later.

During Coutts’ discussions with Frances, someone Coutts knew committed a murder, yet to come to trial. Based on internet pictures of his arrest, Coutts found a look alike and re-enacted a sequence of images of the murderer being taken from the relative privacy of a police van into the full glare of the media and the public view. The re-enactment took place at Lincoln’s Inn where Frances memorized the scene and drew them later on the lawyer’s headed notepaper.